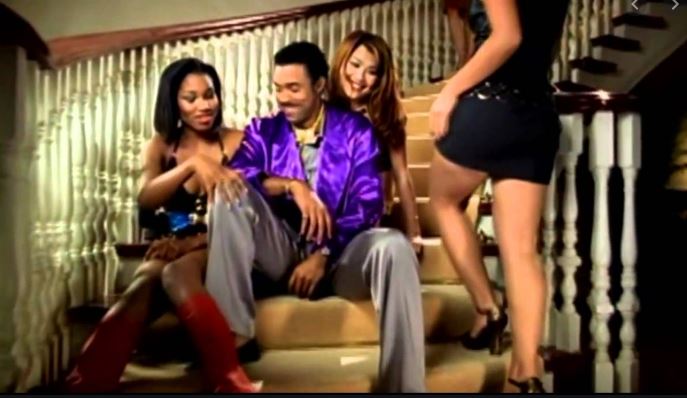 A lesson in gaslighting from Shaggy

This morning I spent an hour in traffic driving to the garage. I get there and they have no courtesy cars, despite promising me one beforehand. Fortunately, my best friend jumped to the rescue and lent me her car for the day.

An hour later I’m zipping down the Coast Road in a ’69 plate Mini Cooper blasting Kisstory (her chosen channel, not mine!). The gale-force winds have me scared to change the radio, so I’m bobbing along to the musical masterpiece that is “It Wasn’t Me” by Shaggy and that other guy.

While the humorous lyrics make for a party classic that’ll get even the most miserable uncle on the dancefloor, they are also very problematic. I don’t want to be that person who’s offended by everything. I understand that Shaggy’s magnum opus is meant tongue-in-cheek, but it got me thinking about how pop culture perpetuates gaslighting and how far I’ve come since my own gaslighting experience

In 2017, I was 25 years young and recently promoted to my first managerial role at one of the region’s biggest PLCs. As one of the youngest heads of department, I was regularly called upon to visit local schools and promote careers for women in the largely male-dominated industry.

Looking back, the gaslighting started within days of starting my new role. My new manager pulled me to one side after work and told me he’d heard through the grapevine that I’d been boasting about my salary. Let’s get one thing straight, my salary was nothing to boast about.

And even then, nobody knew how much I earned except my boyfriend, now fiancé – not even my best friend, who worked for the same company. I was given a right old telling off, for something I vehemently denied, and I was sent on my way. I walked out of the office that cold January evening and cried on the phone to my other half. How could I have messed up already? I’ve only just started and they already hate me! Thoughts like this circled for days and I did everything in my power to win back the admiration of my new manager.

A few weeks later, the dreaded “can I have a word” email dropped in my inbox. I was brought into the same room and informed that the very same grapevine said I was lecturing people in the canteen about what they eat. I had recently gone vegan and, yes, I was in the habit of sharing my spoils and suggesting people try the local vegan take-out. But I never commented on what others were eating. Not once did I mention veganism in the canteen and I wouldn’t dare call someone else out mid-bite. Even while writing this, I’m finding myself on the defence for something I didn’t do – that’s what gaslighting does to you. It chips away at your very essence, forces you to question your integrity and makes you doubt yourself time and time again.

Throughout my year in the position, I was faced with innumerable less-tangible moments where I was forced to question myself. I was the only person my manager did not greet in the morning. My phone calls were ignored when others were on a texting basis. I was excluded from meetings, pulled up on random charges and many more… yet I continued to work tirelessly at both my job and, most worryingly of all, getting him to like me.

Eventually, I couldn’t take it anymore. After a few meetings face-to-face, I felt like I wasn’t getting anywhere so I went to HR. I told the nice HR girl that I wasn’t looking to put in a grievance, I just wanted to mediate the ongoing issues that were making my job a minefield. Every Sunday night I’d be sick, churning over what I might have done wrong the week before and how I would probably mess up the following week.

So, there I was – sitting in my first (and last, but I didn’t know that yet) mediation meeting with my manager and the HR girl, who we will no longer refer to as “nice”. I expressed my concerns and he shook his head in disbelief, he’d never single anyone out and he sure-as-hell says hello to everyone in the morning. It was at that moment my whole perception changed. Not-so-lovely HR girl turns around, looks at me across the table and says: “Do you think you might just be paranoid?”

And the floodgates opened. Before I knew it, I was the blubber and hysterical mess I never wanted to be. I left the room and locked myself in the loo for a suitable amount of time before returning to my desk for the rest of my day at work choking back the tears and vomit until I could leave those four walls at 5.30.

I was never invited to a follow-up mediation as I was made redundant the following week. Make of that what you will.

Looking back on my gaslighting experience fills me with dread. I have to consciously remind myself that I no longer work there and am unlikely to encounter these people again. Do I wish I had spotted it earlier and jumped before they pushed? Absolutely. Do I blame Shaggy? Absolutely not. Quite frankly, the link from the start of this piece to the point I’m trying to make is tenuous at best.

So, the point of this is not so much to highlight one company’s wrongdoings or point the finger at Shaggy for promoting gaslighting as a way of passing the buck, but more just to raise awareness for the damage these attitudes can cause. The perpetuation of denial and manipulation that comes with gaslighting behaviour is something much more serious than a funny song. It decimates mental health, knocks your confidence and can ruin your life. Have you been a witness or even victim to gaslighting at work? Say something now, because I doubt they’ll stop with you.

blog
Share
Six ways to grow your freelance portfolio WITHOUT working for free Previous
Where does the news end and the profiteering begin? Next
We use cookies to ensure that we give you the best experience on our website. If you continue to use this site we will assume that you are happy with it.OkPrivacy policy