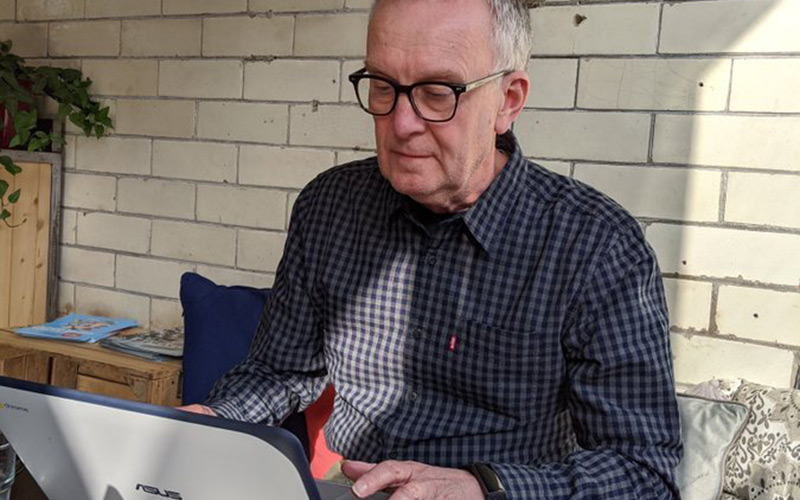 Lessons in blogging from my Dad

If you follow me on Twitter, you may have seen that I covertly took a photo of my Dad and tweeted it alongside a message asking people to check out his blog. Since then, he’s had thousands of visitors from all over the world and even requests for guest posts! It’s been a whirlwind 24 hours for both of us… here are some lessons I’ve learned from my Dad’s foray into blogging.

This is my Dad.. He’s 61 and 11 months ago, my Mam (and his wife of 30+ yrs) passed away. Since then he’s started blogging! He checks his analytics everyday and only a few hits at the mo… so Twitter – mind doing your thing and spreading the love? https://t.co/DwbuVsG9I5 pic.twitter.com/AkL1Zr40Ld

Going back to early 2019, I would have never imagined the words “blogging” and “Dad” in a sentence… yet nowadays you won’t see him without his ASUS Chromebook and a pair of reading glasses.

The catalyst for this late-arrival to blogging was the passing of my Mam in April ‘19. Married for over 30 years, my parents shared an abundant life together welcoming three children and, eventually, four grandsons into the world. I’ve talked previously about my Mam’s very short battle with Pancreatic Cancer before, so I won’t go into it in too much detail here.

After my Mam’s death, my Dad opened himself up to a whole new world of art, music, books and culture. I added him to my Spotify Family account and he went from Classic Rock playlists, reliving concerts he attended in the ‘70s, all the way through to discovering entirely new-to-him genres of music. 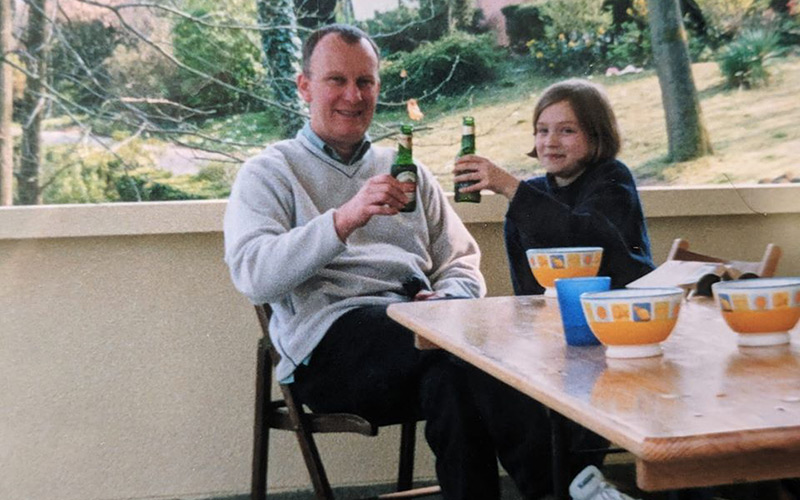 Cheeky tipple with Dad on holiday in France circa 2001

Over the last couple of years, my Dad has devoured every single word written by Japanese author, Haruki Murakami. He’s even joined a Facebook group and making “Murakamian” friends across the globe. I think this newly discovered interest in prose, tied with the spare time he’d accumulated no longer caring for my Mam, is what led him to start the blog.

As a professional writer myself, I knew he needed a snappy blog title… and so Scatter Brian was born. Throughout the last few months, my Dad’s diligently written and published new blog posts – some fiction, some non-fiction, and others in-between. His writing style is immersive, every word paints such bright pictures that you feel like you’re right there with him.

Upon teaching my Dad how to use WordPress as a repository for his thoughts, he’s taught me that it doesn’t matter if you’ve got the right theme, use the right pictures, include keyword-optimised headings or CTAs… as long as every word you write is from the heart.

To find out what my Dad has to say about all of this, check out his latest piece: “A Strange Day Indeed”.

We use cookies to ensure that we give you the best experience on our website. If you continue to use this site we will assume that you are happy with it.OkPrivacy policy