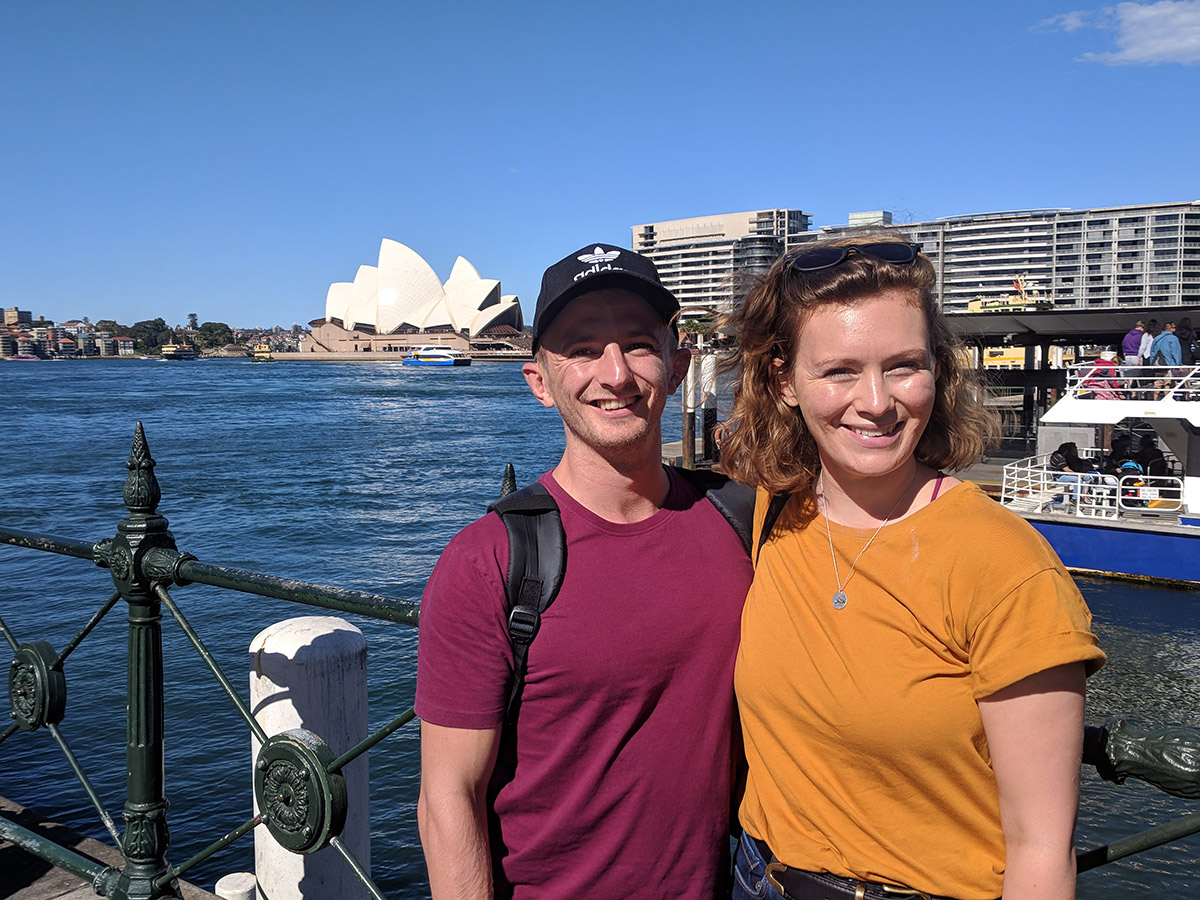 From Bondi to Whitley: Why 2019 is the best-worst year of my life

This is the second in a series of articles for #OctoberWrites. I’m writing an article every weekday in October, exploring topics such as content strategy, web design best practice, mental health and freelance life.

Grief is strange. It is one of the few things we are all guaranteed to experience during our time on Earth. You will lose someone you love. You will say farewell to a beloved family pet. You will even experience less tangible losses such as the breakdown of a relationship or loss of a job. Yet, so little is said about the phenomenon.

People don’t like talking about their grief, and they’re even worse at approaching someone else’s. So, here’s my grief story. Hopefully, it will inspire you to share your own – however much or little you can manage. When it comes to grief, everything is okay.

For me, 2019 has been a mixed bag. If you know me in person or have read my content before, then you’ll be aware of what’s happened this year. I welcomed in the best-worst year of my life watching fireworks rise over the Sydney Harbour Bridge from the balcony of my apartment. I was working as a Digital Producer at one of Australia and New Zealand’s biggest funeral providers, and I spent most evenings swimming in the sea, eating the most vegan delicious food and exploring what this amazing city had to offer.

One little phone call changed the rest of my life. I dialled my Dad on a typical walk home from work, he was just starting his day in freezing Newcastle. He was on the bus, which wasn’t odd in itself as wor Brian loves a bit of public transport. What was odd is that he was heading to Northumbria Specialist Emergency Care Hospital after my Mam’s GP had fast-tracked her there for an ultrasound following a few weeks of abdominal pain and sickness.

That night I went to bed aware that in the morning, things could change. The urgency with which she was seen sparked alarm, as she headed from ultrasound into CT scan within hours, with the promise of some insight into what was causing her pain imminent.

I woke up at 6 am and immediately checked my phone. Of course, I had no messages as my parents didn’t want to worry me. I rang them, and I could tell immediately.

From what I could decipher, the radiologist had spotted a growth on Mam’s pancreas. The word hit me like a ton of bricks… pancreas. The tiny little organ that did a LOT of work. My brain immediately spiralled into overdrive, remember my close friend’s Mam’s death to pancreatic cancer ten years ago… and famous cases of the disease, including Patrick Swayze and Steve Jobs. At this stage, we didn’t even know if it was cancer – or what it was, for that matter. But it didn’t matter, I had to go home.

I booked a flight to the UK, leaving Sydney four days later. I left my fiancé in Oz as it was his employment that guaranteed us a two-year visa. I packed my bags and headed home. We agreed I’d get to the bottom of this mess, we’d find out it was benign and I’d be back in a few weeks.

Upon returning home, I realised that Mam had not been truly honest by how sick she was. Fortunately, I was able to stay home all day, every day, as I brought back the work I was doing for two separate companies in Sydney. As each week went by, her condition worsened, and yet we still had no answers.

It wasn’t until four weeks later, and the day Craig’s plane landed in the UK, that we got a definitive diagnosis. It was no shock to us as she was unable to drive, keep down food and could barely walk. Much to her dismay, she was spending more time in the hospital than at home by this point.

One thing I’ve neglected to mention is that my Mam was a Specialist Nurse. She dedicated her life to the NHS and, unfortunately for her, she was more than aware of the likely outcome of a pancreatic cancer diagnosis.

Mam passed away on 16th April in Redesdale Court, a palliative care unit here in North Tyneside, just 10 weeks after I flew home from Sydney. Just five days earlier, her stepfather, and the only maternal grandfather I’d ever known, also died in the same unit. He was in his eighties and had suffered terribly for months with metastatic liver cancer. To say this dual loss has shattered me would be an understatement.

“Grief is lonely, no matter how many other people feel it. They are different, each one because we’ve lost different people, different versions of the same men. We are each carrying our own load, and it is ours alone to bear.”

― Nora McInerny Purmort, author of No Happy Endings: A Memoir

Thanks to the efforts of our fantastic funeral directors, Christopher Sample Funeral Services, we were able to minimise family trauma by having a joint funeral at Whitley Bay Crematorium. I’ll never be able to fully explain the feeling of sitting in a funeral car following two of my most-loved relatives in their respective coffins as we drove through the streets of my hometown on a dreary April morning. The sun, sea and sand of Bondi Beach had never seemed so far away.

Although grief is often associated with what comes after the death of a loved one, I learnt that we can, in fact, begin grieving before that person has left us. Anticipatory grief is common amongst families who are actively caring for a relative through a debilitating illness. The most important thing to remember is whatever type of grief you’re feeling, it’s okay to feel it.

Despite what the books say… there’s no right way to grieve. The five stages of grief are total bullshit. You do not hop from one stage to another until you reach “acceptance” and dance happily into the next stage of your life. Instead, you muddle through one… two… three or even all of these so-called ‘stages of grief’ within minutes, from denial to bargaining in a jiffy.

You see your person in the supermarket, you cry at the sight of PJ’s they bought you (first-hand experience in this one), and you even straight-faced tell people that your Mam died and wonder whether you should have cried more, but can’t because the tears have run dry… it’s all happening, and so is life.

So, I took my new-found working-from-home vibe and turned it into a living, unable to face the daily commute and stringent 9-5 of office life. Bringing my Aussie clients into the fold, I started Content By The Sea – double meaning intentional as I struggled with my own mental health while doing what I do best, creating content.

To say the business has been a success would be an understatement. I’ve worked with marketing agencies, tech start-ups and industry-leading professional services company to develop compelling content strategies. Everything from designing websites, building wireframes, building content hubs, writing web copy… you name it, I’ve done it this year.

I’ve always wanted to work for myself, but I would have never taken the plunge without the push of grief – that’s why I call this my “best-worst” year. Turning grief into the fuel in my fire has made 2019 the best worst year of my life… and let’s just say I will be over the moon to say farewell to this year and hello to 2020 as we move into our new home, continue raising our four-legged baby and keep growing my business every day.

#OctoberWrites
Share
A lesson in accountability: Why I’m writing every day in October Previous
What makes great content design? Next
We use cookies to ensure that we give you the best experience on our website. If you continue to use this site we will assume that you are happy with it.OkPrivacy policy