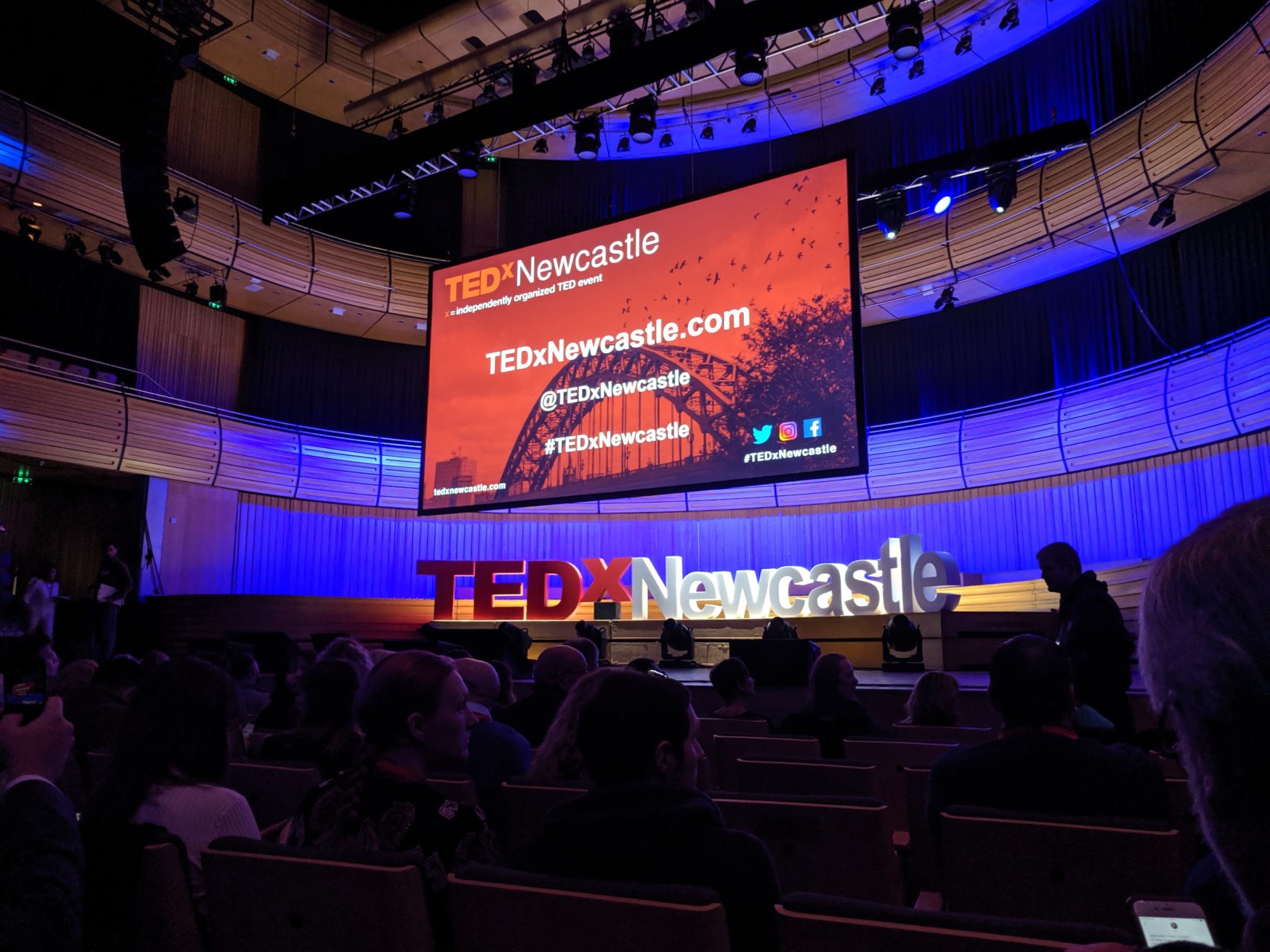 TedxNewcastle 2019: thoughts, tears and tunes at this year’s ideas conference

When I bought an Earlybird ticket for TedxNewcastle back in June, I didn’t know what to expect. I figured for £30, a few talks at Gateshead’s beautiful Sage would be worth it, and boy was I right?!

Founded by Newcastle-based tech entrepreneur Herb Kim, the independently organised event boasted a roster of 11 amazing speakers and one musical spectacle. I’m not going to summarise every talk because who has time to read that? Instead, I want to share some of my highlights and biggest learnings. Desperately trying to show off my TedxNewcastle lanyard

The first talk of the day was from Clara Gaggero Westaway, designer and innovative thinker. I absolutely loved Clara’s talk about changing our perceptions of ‘frustrations’. In my own mission to learn to code, I’m faced with dozens of frustrations per session. I often let it get to me, but Clara’s insight has inspired a switch in my mind. Frustrations are actually really great because they inspire our best ideas!

The next stand-out talk for me was Jonathan O’Halloran’s piece about antimicrobial resistance. Jonathan’s talk is the perfect example of why Tedx is so valuable as a learning platform. Sometimes, talks (like Clara’s did for me) slot in with our existing knowledge base, adding something to our professional and/or personal interests. And then Jonathan comes along and opens my eyes to a subject I knew very little about.

As a vegan, I was already aware of the statistic that 80% of the world’s antibiotics are given to livestock, and I knew this didn’t sound like a good thing… but that was the full extent of my knowledge. I won’t try to reiterate Jonathan’s spiel, as I am not a geneticist, but I just found the whole thing very fascinating and, without Tedx, I would have never been exposed to such issues.

As far as I could read the audience, it seemed like Paul Irwin truly captured the hearts and minds of Newcastle Gateshead. After growing up in the system, Paul became a youth worker in the North East, only to take the hit following the recession’s public sector cuts. Paul turned his mind to digital technology and social media as a means of reaching as many young people as possible. He recognised that the youth of today spent the majority of their time buried in their phones, so why not harness this attention for good?

At lunchtime, I tried to fill my belly at Hawker’s Market, but so did the other thousand hungry audience members. Since you have to buy tokens before ordering food, the small container village was chaos. Instead, I walked over the river and tucked into the geordie classic – Gregg’s Vegan Sausage Roll.

The afternoon brought with it six amazing talks, each as good as the last.

FOMOOM: Fear Of Missing Out On Meetings- Bruce Daisley

I particularly enjoyed Twitter VP and author Bruce Daisley’s session on re-working work, as it spoke to my own sentiments of how the corporate working practice is destroying our creativity and, worse yet, our mental health.

Spoken word artist Gary Turk presented an incredible piece accompanied by a live band. Gary shared stories from growing up in a care home, where his mother was the manager. I could tell by the silence in the room that the sentiment of listening to our elders and taking heed of their experiences resonated with us all.

In the final session, Phil James discussed what makes Newcastle a Smart City, and where he sees us going next. While mental health advocate Lizzy Hodcroft lay her heart on the line in a powerful speech about vulnerability and authenticity.

Finally, TedxNewcastle ended on a high with a performance from The Bagdhaddies. The perfect garnish to the cocktail of the day, the band brought storming ska anthems, Balkan-inspired rhythms and Caribbean grooves. I can’t think of a better way to close off the event.

All in all, TedxNewcastle far exceeded expectations. I’ll definitely be jumping at the chance to pick up Earlybird tickets next year – and I recommend you do too!

I’m writing every weekday in October. Check out my other articles about content strategy, mental health and freelance life by following #OctoberWrites or heading to my website, Content By The Sea.

#OctoberWrites
Share
Five tips to make your website more accessible Previous
Why we need to stop ‘being good’ Next
We use cookies to ensure that we give you the best experience on our website. If you continue to use this site we will assume that you are happy with it.OkPrivacy policy